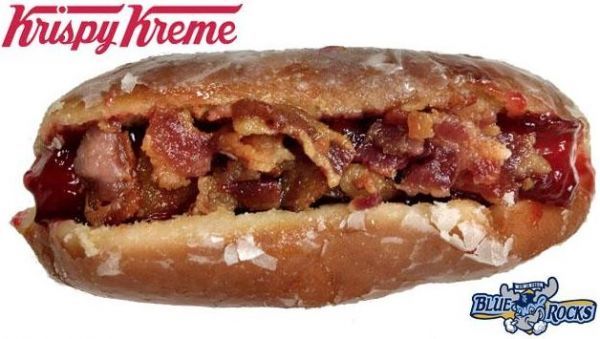 Created in collaboration with Wilmington Blue Rocks, a minor league baseball team in Wilmington, Delaware, the Krispy Kreme Donut Hot Dog boasts a donut 'bun' that is filled not only with a hot dog, but also raspberry jelly and bacon. To promote the new concoction, the team is holding a naming contest. Dan Carson of Bleacher Report says, "I suggest 'the Groanut,' because one of these bad boys coupled with two Bud heavies equals you on the floor, instantly hungover and wallowing noisily in that hellish no man’s land beneath the stadium seats."
5.2
Score
Popularity
Activity
Freshness
Get the 2021 Trend Report FREE