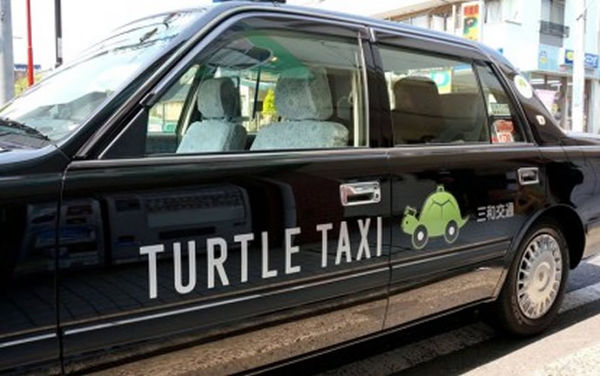 Laura McQuarrie — April 30, 2014 — Autos
References: turtle-taxi.tumblr & luxurylaunches
If you're in a hurry to go anywhere, hailing one of the Sanwa Kotsu Turtle Taxis in Japan is not a smart move, considering that these vehicles specifically go at a snail's pace.

The vehicles aren't all slow-going, but on the inside of the cabs is a button that lets the driver know that you'd like a "slow drive." As bizarre as this concept seems, since the 16 taxis have been introduced to Japan, Sanwa Kotsu has seen a 15% increase in passengers asking for a slow ride, which seems to be the most popular among seniors, pregnant women and others who just have time to take the scenic route through the city.

The Turtle Taxi service is also highly committed to being eco-friendly and frequently shares tips on its site to help other drivers reduce fuel consumption.
4.5
Score
Popularity
Activity
Freshness