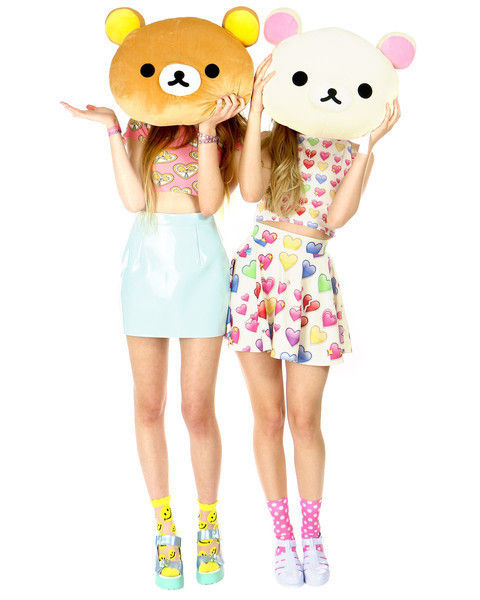 The fun pillows can also be worn as a clever disguise and combined together to celebrate the dynamic cartoon duo. Measuring 18” by 13” in size, Shop Jeen’s Rilakkuma and Korilakkuma pillows are as comfy as they are cute.

Rilakkuma is an iconic character designed by Aki Kondo, and produced by San-X in 2003. The character’s storyline is slightly creepy and relies as he “mysteriously appears in female office worker Kaoru’s apartment one day.”

The living toy bear takes up residence in the worker’s home and is known to hang around with Korilakkuma, a mysterious white bear cub that is known for her mischievous behaviour.