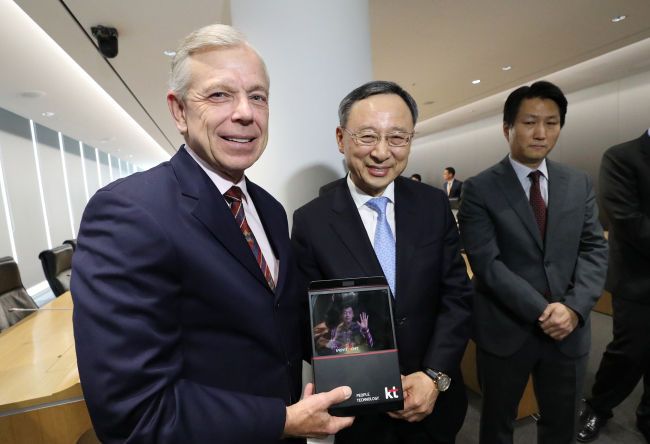 Joey Haar — August 15, 2017 — Tech
References: koreaherald & vocativ
Share on Facebook Share on Twitter Share on LinkedIn Share on Pinterest
Holograms still feel like the quarry of science fiction rather than a real world technology, but with the budding potential of 5G networks, Korean Telecoms and Verizon have teamed up to bring the futuristic form of communication into the present. In a demonstration of the power of both 5G infrastructure and modern hardware, employees stationed across the world held a live conversation with one another via holograms.

Though projected holograms, like the kind that 'Star Wars' fan might be familiar with, aren't currently possible, the call made use of specially developed devices that KT and Verizon both hope to bring to consumers in the near future. The 3D holograms appear on screen, giving off the illusion of depth.
5.6
Score
Popularity
Activity
Freshness
Attend Future Festival