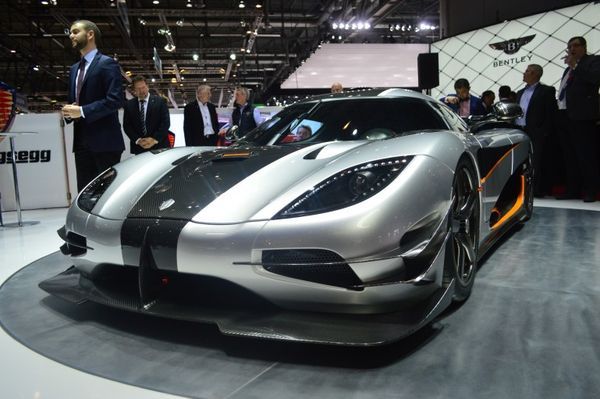 The Koenigsegg One:1 Supercar is Frightfully Fast Yet Unbelievably Light

The Koenigsegg One:1 is an ultra-lightweight, hyper-powered beast with a speed of 273 mph, making it a contender for the title of world's fastest car.

The car's peculiar model name is devised from the ratio between its speed (in horsepower) and its weight (in kilograms), 1:1. It's a combination of high speed and low weight that was previously thought impossible, and makes the Koenigsegg One:1 a vehicle truly ahead of its time.

The Koenigsegg team used advanced carbon fiber materials usually seen only in Formula 1 cars to be able to create a production vehicle that could hit sonic speeds in a feather-light package.

But if you're thinking of getting your hands on one of these sleek supercars, don't even bother -- Koenigsegg only plans to build six specimens, all of which have already been claimed.
0.8
Score
Popularity
Activity
Freshness
Jeremy Gutsche Keynote Speaker

Conceptual Belgian Supercars
The Minerva J.M. Brabazon is a Hybrid That can Hit 248 Mph

Subtle Swedish Supercars
The Koenigsegg One: 1 Promises Horsepower Equivalent to Its Weight
play_circle_filled

1,000-MPH Cars
Bloodhound SSC is Faster Than a Speeding Bullet