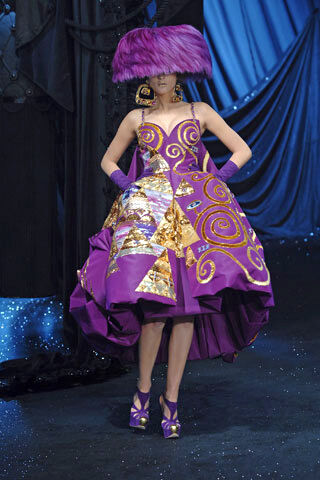 Among recent notably influenced designers are Christian Dior, as seen in the Spring 2008 Haute Couture collection. Also featured in the gallery is a black and gold Lanvin dress, a floor-length Oscar de la Renta gown with matching necklace and a shimmering golden clutch from Christian Lacroix.

Klimt sketched as well as painted, using many colors, but always sticking to a similar palette, and never shying away from gold tones. The following photos all look as if they were inspired by the famous Klimt drawings, particularly of his Golden Phase, the era in which he used a lot of gold leaf to add a major lasting impression.
4.6
Score
Popularity
Activity
Freshness
Get the 2021 Trend Report FREE