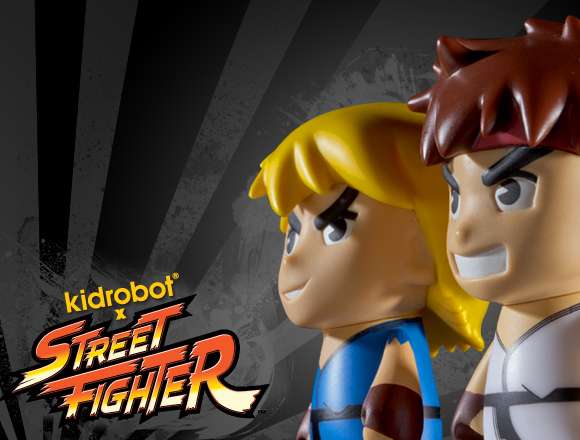 Though there have been many new characters appearing in the Street Fighter franchise in recent years, the Kidrobot x Street Fighter figures feature the old-school characters most know and love. This means you won’t be seeing the likes of Gen, Adon or Charlie in this series. Kidrobot is going with the original 12 warriors that started the explosion of fighting games. Some of the characters include favorites like Ryu, Ken, Chung-Li and Blanka, all in 3-inch vinyl form.

The Kidrobot x Street Fighter collaboration will no doubt continue Kidrobot’s success of releasing miniature figures of pop cultural characters. This will be another exciting collection coming from the company that fans will be ecstatic about.
4.9
Score
Popularity
Activity
Freshness