New Band to Nail the Charts? 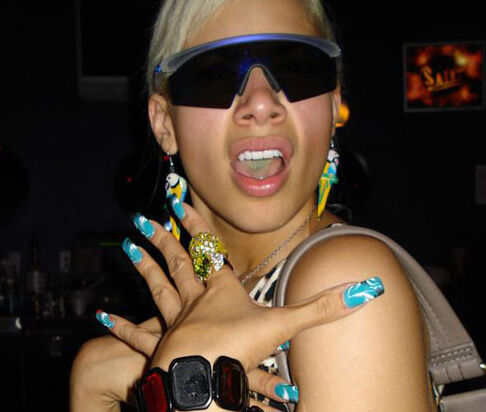 Bianca — January 8, 2008 — Pop Culture
References: myspace
Kid Sister, a raptress from Chicago, sounds a lot like something we may be hearing a lot more of in 2008. Already their song Pro Nails featuring Kanye West has a lot of enthusiastic fans, and the rest of their stuff is so catchy, it may not be long before they becomes a clubbing favourite.

"Got her toes done up with her finger nails match'" If the lyrics to her song are true, Kid Sister is going to have some wild looking tootsies on her too!

The group sounds a little like TLC with a touch of Fergie. It's a mini blast back to the fun party music of the mid to late 90s.

The website background is a series of eccentric fingernail designs. You know those crazy nails you see those really wild women wear sometimes? That's what this band has chosen to iconify themselves with.
0.6
Score
Popularity
Activity
Freshness