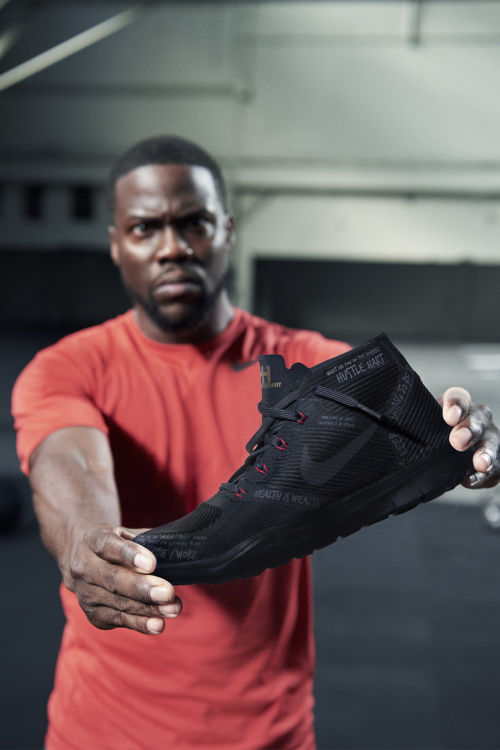 Riley von Niessen — June 7, 2016 — Lifestyle
References: nike & hypebeast
Share on Facebook Share on Twitter Share on LinkedIn Share on Pinterest
In a collaborative effort, these Kevin Hart Nike sneakers were made to provide consumers with an athletic trainer that works to support the feet in a variety of activities -- whether it be running or working out in the gym.

The shoes are being promoted through actor and comedian Kevin Hart's social media outlets -- the star is Nike's newest spokesmen. In an effort to get his fans more active and promote the Nike Run Club that he is a part of, Hart employed the hashtag '#RunWithHart' to invite people to join him on a short run through Boston on his Twitter account. He continued to promote the brand, as well as the active lifestyle that it coincides with in other American cities as well.

Considering the popularity of the hashtag and the media attention Hart has garnered as a spokesman, the Kevin Hart Nike sneakers, titled the 'Nike Free Train Instinct Hart,' work to further promote the comedian's alliance with the brand.
2
Score
Popularity
Activity
Freshness
Get Better and Faster