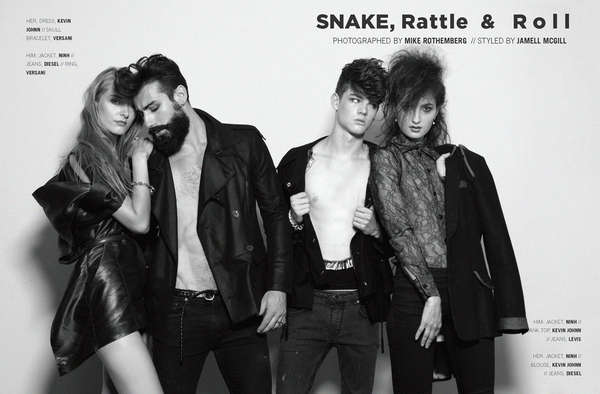 The Kenton Snake Rattle and Roll Editorial is Rocker Chic

The photographer captures an edgy group of models who pose in a dark and daring wardrobe of grunge-inspired garments. Stylist Jamell McGill outfits the effortlessly chic crew in designer pieces from the likes of Christian Dior, Diesel and Irregular Choice among a slew of others.