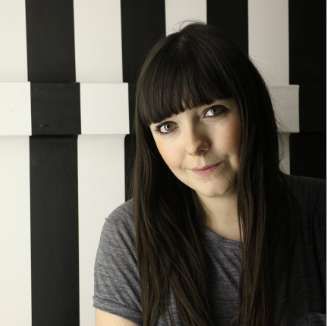 Here, we talk to Katie Harris, the Co-Founder and Design Director of The Amazings. She discusses her inspiration and the importance of outsider advice, as well as how the initial idea of elderly care transformed into harnessing retirees proaction and interest in a range of skills from crochet to hairstyling and Hungarian cooking.

Initially we wanted to create a start up addressing the challenges of care for older people. However, after a bit of research with over 65's, we realized that the sort of intensive at-home help we were originally looking at was only required by a small percentage of people in that age range. It turned out that we were meeting people that were incredibly capable, in their 80's and still doing something every day of the week. They were massively pro-active, genuinely interesting people with a lifetime worth of stories and skills.

That's when we thought -- you've got all these people with so much knowledge and no easy way to share it on one hand and, on the other, you've got a market of people that might want to learn what they know. It struck me there was an opportunity to create a simple, positive marketplace for these people to come together.

The Amazings isn’t really a radical concept –- this type of intergenerational skill sharing has been going on for ages. I think what we’re doing differently and what’s appealing to both potential Amazings and customers is the view we’re taking on ageing. There’s so much negative press about the ageing population, it’s depressing. Over 65’s are often grouped together and spoken about like a drain on public resources. It’s easy for people that retire to feel like they’re on the scrap heap when society puts so much importance on work. What we’re arguing is that with age comes experience -- proper lived experience at that. They are in fact a massive asset and we should be doing more to support retirees contribute and stay active in their communities for as long as possible.

I've been working in public sector social innovation for the last five years. I was a service designer/ethnographic researcher drafted in to organizations for roughly three month periods to figure out what was going on, see where the opportunities were and design up solutions. At the time I loved it. I was getting to work on some seriously interesting projects and work with some seriously talented people. But then I noticed that a lot of these concepts stayed on the drawing board. The main point is that you could have the best idea, but that's just the beginning of it being a success. It takes so much more effort to implement it, and then once it's up and running you're learning so much from what's working and what isn't you need to be able to respond to that and make changes were necessary.

Since then, I've also become a big believer in creating sustainable business models for socially good services. A lot of the things I worked on in the past were dependant on funding streams or grants. Obviously a lot of things have changed over the last few years, and with all the massive cutbacks, we need to be thinking of new ways of supporting our communities and the services that exist in them. We should be building services for and by the public, creating models that allow time, energy and money etc to move around communities in innovative and positive ways.

I get ideas from everywhere. I love finding clever bits of design, advertising, business, tech, basically things that make me wish that I'd thought of that. There are so, so many interesting start-ups taking off right now, it's great to see different approaches of how to grow ideas, evolve and create impact. Also, I'm lucky enough to have amazingly talented and inspirational friends that are doing some pretty incredible stuff right now. It's good to be surrounded by people that get what you're doing, why you're doing it and can offer advice along the way.

I'm still a big believer in spending time with the people you're trying to get involved and understanding how their life works, what their aspirations are, and what barriers they face. So many times I've spent a day with a person or family, and they've said one thing that sets off an idea in my head. I love it when you feel you've been digging around for a solution and a conversation that seems irrelevant at the time can turn into a sweet idea when you boil it down.

I’ve never really had a problem coming up with new ideas, I probably have too many! What I’ve learnt is that anyone can have a good idea, but the real trick is in thinking about how it would actually work from a more practical point of view.

When I have an idea, I always think of it at scale. Obviously it’s good to think big and be ambitious about what you want to achieve, but in reality you’ll rarely jump from nothing to it being that big instantly. I’ve now trained myself to have the big idea, but then imagine the idea working with the lowest amount of resource possible. Then I pitch it to my friends and family to see if they get it. They always have questions that are very practical, which again helps me think through how something will actually be applied. I think it’s so important to have people around you that can be an honest sounding board –- when you’re creative it’s so easy to get lost in your head and ideas you sometimes need people to ground you.