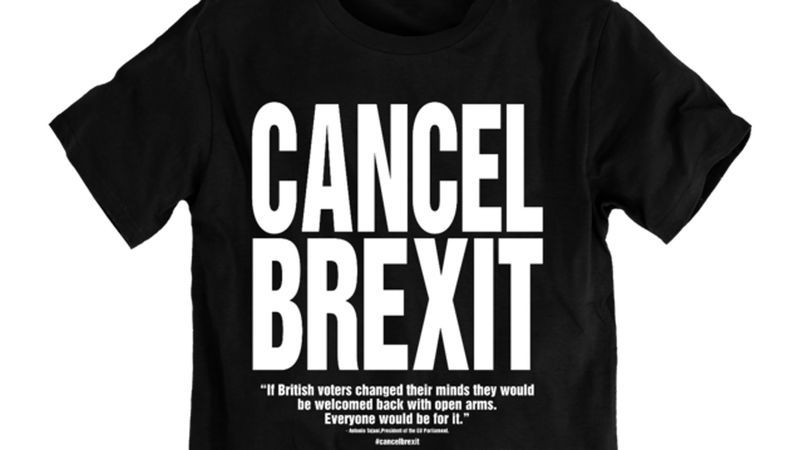 Joey Haar — September 19, 2017 — Pop Culture
References: dezeen
Share on Facebook Share on Twitter Share on LinkedIn Share on Pinterest
Despite the successful passing of the referendum last summer, many in the UK are still staunchly opposed to the country's decision to exit the European Union in the move known popularly as Brexit, and designer Katharine Hamnett is one of those dissenting voices. Rather than just standing by quietly, though, Hamnett has made a stance in her design by creating a series of boldy printed t-shirts bearing the slogan "CANCEL BREXIT."

Hamnett's new shirts each bear the anti-Brexit diction, though they're also accompanied by smaller writing that helps to paint a clearer picture. Thanks to nimble digital printing technology, Hamnett is able to print many different designs as she sees fit, and so the shirts include various quotations from politicians and thinkers concerning Brexit.
5.2
Score
Popularity
Activity
Freshness
Get the 2023 Trend Report FREE