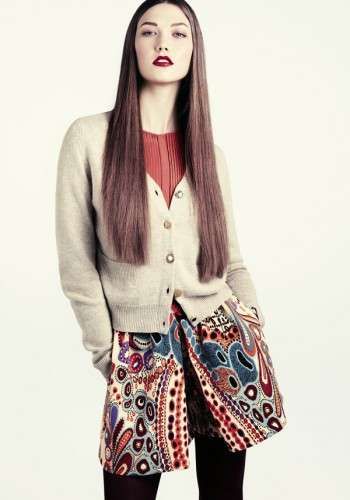 Karlie Kloss is an 18-year-old Chicago native who was discovered at a charity fashion show in St. Louis when she was 13. In her five-year modeling career, she has already received accolades that would make any veteran model drool. In 2008, she was named the Model of the Year by People Magazine, Vogue Paris named her one of the top 30 models of the 2000's, and she is currently ranked 4th on Models.com's Top 50 Women's Models index.

In the H&M Fall 2011 lookbook, Karlie Kloss' skillset is on full display. She is alternatively posh, coquettish, shy, aloof, and sensual. Her long locks accentuate the many different outfits she wears in the shoot, and her versatility as a model is what makes the H&M Fall 2011 Lookbook stand out as special.
3.1
Score
Popularity
Activity
Freshness
Jeremy Gutsche Keynote Speaker