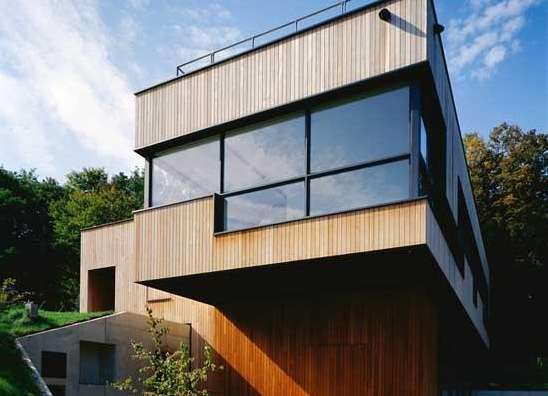 The 'K' House by 3LHD Architects Favors an Eco Exterior

Emily Evans — July 31, 2011 — Eco
References: studio3lhd.hr & letmebeinspired
Share on Facebook Share on Twitter Share on LinkedIn Share on Pinterest
Inspiration can come from the oddest places, and the architectural world is no exception -- especially with snail-inspired abodes like the 'K' House by 3LHD Architects. While the snail resemblance isn't instantly seen by just looking at this spectacular abode, a closer look at the architectural plans reveals the alleged snail touches.

The K House follows a spiral interior design, as the house twists around a common axis known as the central atrium. The K House is located in Zagreb, Croatia and takes advantage of natural light through its floor-to-ceiling windows, spiral staircase and spacious rooftop patio.

Implications - Citing unusual inspirations can be a clever way for a company to gain unique appeal and attract consumer buzz. While a product doesn't necessarily have to directly resemble a company's inspiration for it, a special story can be given to back up the business' thought process to consumers.
5.5
Score
Popularity
Activity
Freshness
Jeremy Gutsche Keynote Speaker