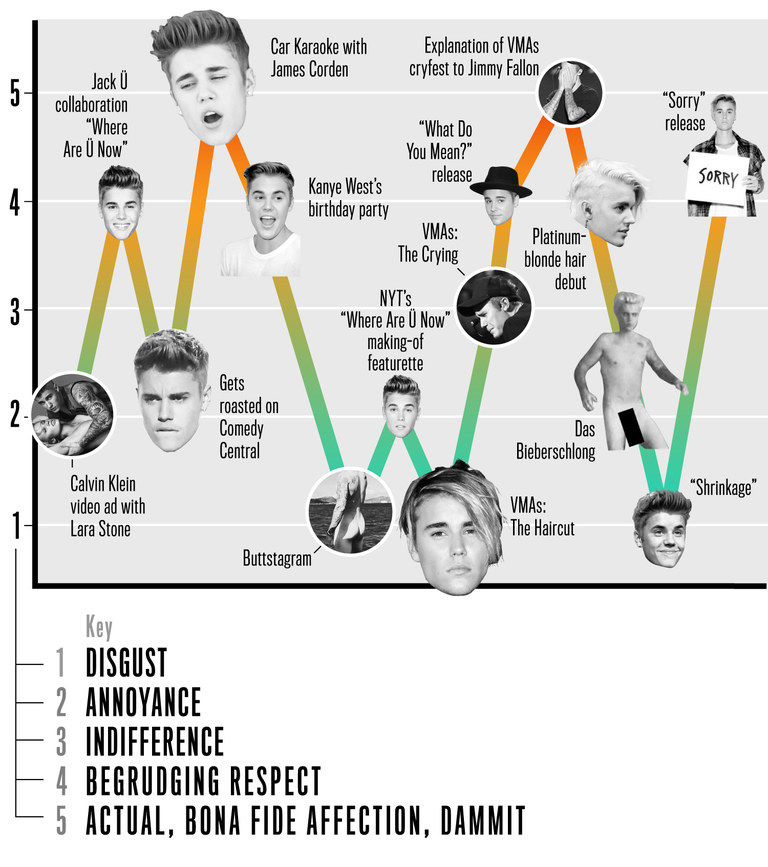 This Chart Details Justin Bieber's 2015 and Judges Each Transgression

Christopher Magsambol — October 27, 2015 — Pop Culture
References: gq
Justin Bieber's 2015 has been quite the rollercoaster and with the recent release of a number of hit singles, GQ attempted to judge the year that was for the Biebs. The lead-up to his forthcoming album 'Purpose' has been long, but many have wondered whether many of his recent transgressions this past year are authentic, or simply publicity stunts.

Some of the lowlights that GQ identified this year were Bieber's Comedy Central Roast, infamous nude pictures and his haircut at the VMAs. Some highlights from the year would include 'Carpool Karaoke' with late night host James Corden, as well as the release of his most recent hit 'Sorry' in October.

The playful yet informative chart leaves it up to the viewer to decide whether or not Bieber's recent image overhaul is working or not.
2
Score
Popularity
Activity
Freshness