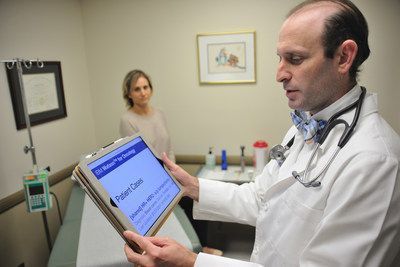 Joey Haar — February 3, 2017 — Lifestyle
References: jupitermed & finance.yahoo
Share on Facebook Share on Twitter Share on LinkedIn Share on Pinterest
Most people familiar with Watson probably remember it from its famously undefeated streak on 'Jeopardy!,' but healthcare professionals working at the Jupiter Medical Center will soon get to know IBM's supercomputer for a nobler reason. The Florida community hospital will be the first in the world to use Watson as an aid for doctors working in oncology.

Impressive as it was, Watson's run on 'Jeopardy!' was meant as a demonstration of the incredible abilities of the supercomputer. That is to say, it succeeded with trivia, but gameshow aptitude is far from its only capability. After learning from another cognitive computing platform — Memorial Sloan Kettering, which was specifically designed to provide physicians with insights that lead to more personalized care — Watson is now able to provide detailed, evidence-based treatment plans for patients at Jupiter Medical Center.
2.1
Score
Popularity
Activity
Freshness
Attend Future Festival