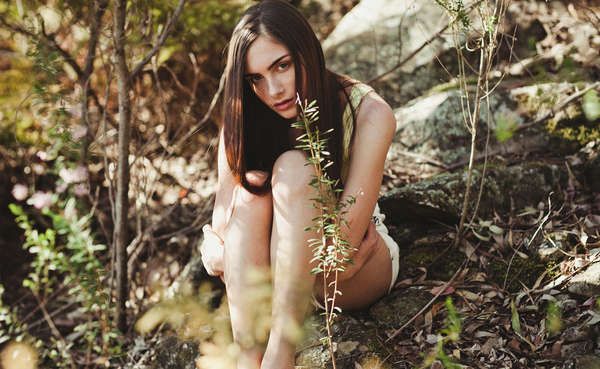 Julia Trotti is a fashion photographer from Sydney, Australia who eschews the conventions used in high-fashion shoots. Instead of focusing on meticulously stylized images, Trotti prefers to capture the seemingly benign moments between the action. "I [prefer] taking photos of my models and subjects in the moment in between," she said. "When they are slightly distracted or in between a movement of brushing their hair from their face. I find those unplanned moments to be the most magical."

The Julia Trotti Pastel Bones editorial shows the kind of magic that can be found in those moments: she captures model Ellie Hextall in the forest, displaying a range of emotions in a series of intimate shots. Each photograph feels like a portal into a private moment, creating a penetrating feeling of familiarity with the model.

Judging from the piercing sentiment captured in the Julia Trotti Pastel Bones editorial, it won't be long before other photographers begin adopting her idiosyncratic style.