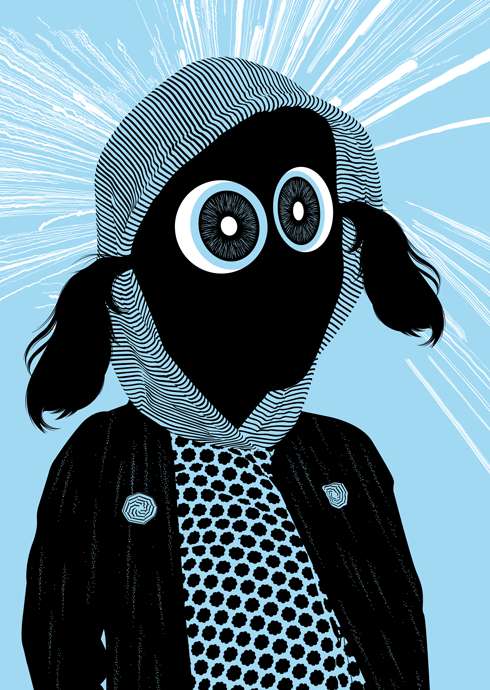 Jason Soy — August 26, 2012 — Art & Design
References: lacarpa.tumblr & julesjulien
Share on Facebook Share on Twitter Share on LinkedIn Share on Pinterest
Jules Julien is renowned for his ability to effortlessly transition between art styles, and in his latest works, titled ‘Powerpuff Eyes,’ he once again demonstrates his virtuosic skills. The series, inspired by the Powerpuff Girls, features teenage silhouette versions of the Hanna Barbara creations. Though cloaked in shadows, Blossom, Bubbles and Buttercup are still recognizable from their signature hairdos and the backdrops, which use colors commonly associated with each female.

Where Jules Julien’s illustrations differentiate immensely from the original designs of the Powerpuff Girls is in their attire. Julien dressed each girl in stylish prints you’d expect to see on fashion-conscious adolescents. Still, Julien retains the enormous eyes of the cartoon characters to maintain a sense of fidelity to the females’ more recognizable incarnations.