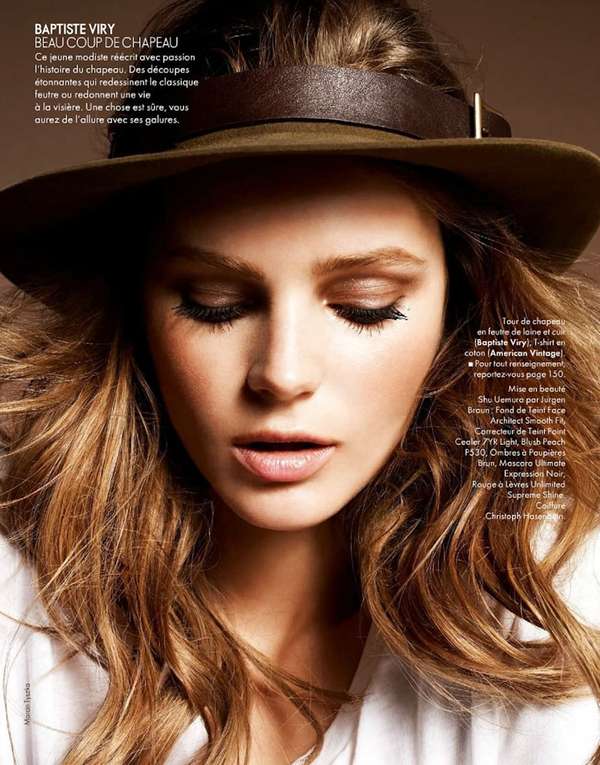 It's no secret that the 1970s and the styles of that decade play a huge role in the fashion industry today, and the stunning 19-year-old Ukrainian model wears the fashions flawlessly.

In what may just be the most effortlessly chic editorial shoots of the new year thus far, this fashion editorial was shot by Marcin Tyszka and styled by Jeanne le Baul for the January 2012 issue of Elle France.