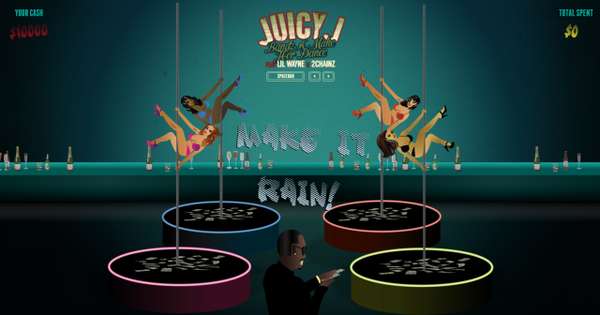 The Juicy J strip club game seeks to capitalize on one of the biggest rap songs of the year, 'Bands A Make Her Dance,' which is currently sitting pretty at number six on Billboard's Hot 100 singles chart. The cut is the 37-year-old North Memphis native's highest charting solo effort and has spawned a veritable online cottage industry of memes, parodies and jokes.

In the Juicy J strip club game, you're tasked with the enviable task of keeping the exotic dancers on the pole by throwing money onto the stage, known as "making it rain" in hip-hop parlance.

Rapper Catchphrase Sites
The Rap Board Brings Flavor to Your Life