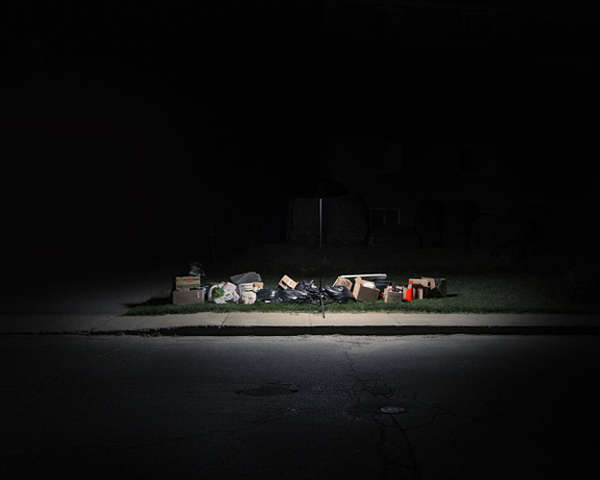 Meghan Young — July 23, 2013 — Fashion
References: behance.net & lifelounge.au
Share on Facebook Share on Twitter Share on LinkedIn Share on Pinterest
The Jour du Demenagement photo series gives abandoned garbage a rather depressing tone, which will inspire empathy in viewers. Discarded on the side of the road, each pile of trash has been captured in the dark of night, lit only by a strategically placed lamp that casts more of a sorry glow over it than one filled with promise.

Shot by Benoit Paille, a photographer hailing from Canada, the Jour du Demenagement series re-contextualizes the idea of garbage. According to the photographer, "In this series, I ask myself critical of post-consumerism placing the ephemeral foundation of liberal business articulation of the world." Yet at the end of the day, the images will engage people on an eerily artistic level.
1.6
Score
Popularity
Activity
Freshness
Get Trend Hunter Dashboard