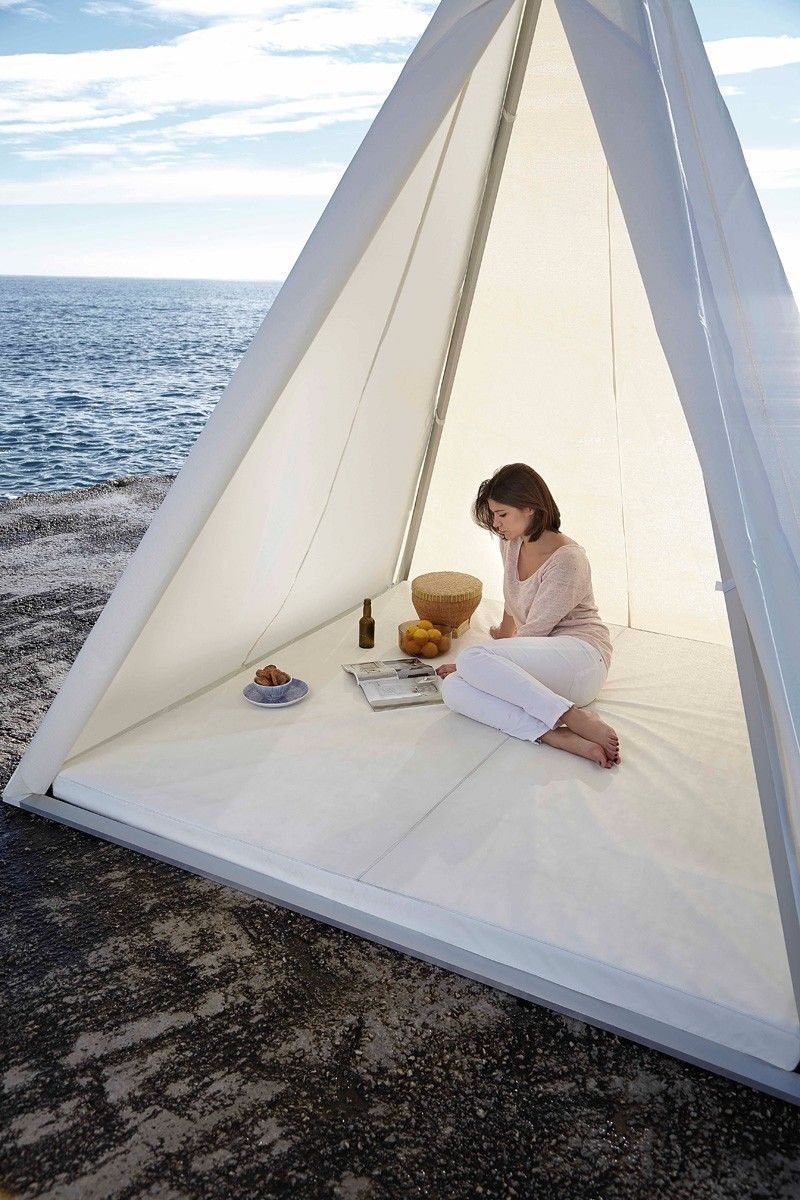 Meghan Young — June 17, 2015 — Art & Design
References: contemporist
Share on Facebook Share on Twitter Share on LinkedIn Share on Pinterest
There is glamping and then there is simply camping in style, which Jose Antonio Gandia-Blasco is helping people do with his striking tent design. Shaped like a pyramid and made out of a pristine white material, his tent is inspired by Native American wigwams and teepees. Yet even with those traditional shelters in mind, it's interesting to see how Jose Antonio Gandia-Blasco's design stands on its own.

Jose Antonio Gandia-Blasco ensures that his tent doesn't tarnish the picturesque scene it is placed in. In fact, it arguably adds to its surroundings in an almost whimsical way. Although not made for serious adventurists, people will enjoy the design at the beach, in backyard gardens and other similar areas. It is made out of anodized aluminium and plastic sheets that come in various textures and colours including sand, white, charcoal, orange and more.
2
Score
Popularity
Activity
Freshness
Access Advisory Services