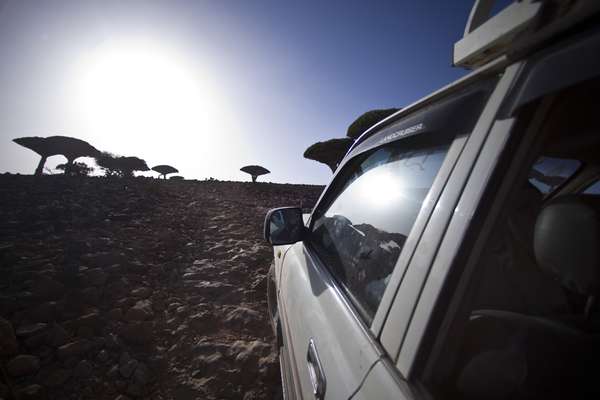 Shot on a small, sparsely populated island off the coast of Africa, the photos display a land full of mushroom-like trees, rocky peaks and valleys, white sand deserts and blue-green ocean shores.

Bizarre Dragon Blood and Bottle Trees litter the barely inhabited landscape that is barren and desolate but also lush and alive. The geography of the island varies to such a degree that some of the photos look like they are a part of a Dr. Seuss novel, while others appear as though they were taken on a different planet.

The Jonah Kessel photo series documents a place unlike that seen except in imagination. The beautiful island perhaps maintains much of its luster from appearing to be untouched by humans, despite having a small population that calls Socotra home.