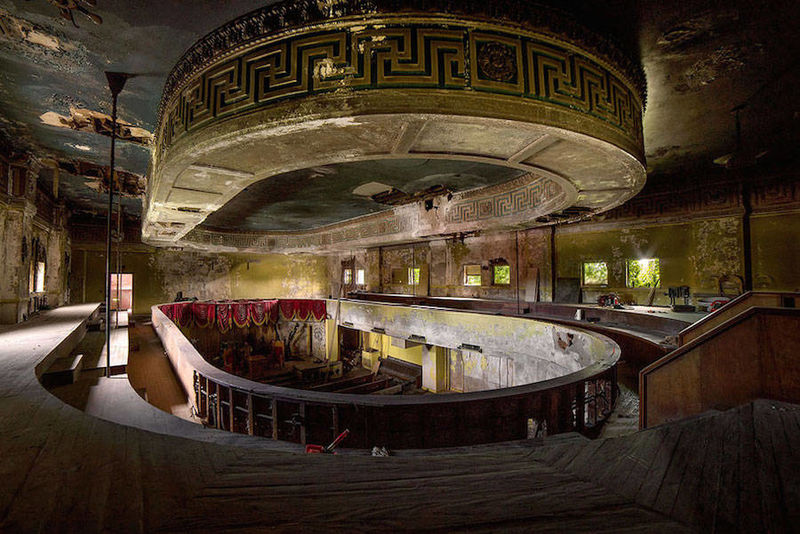 Joey Haar — July 21, 2016 — Art & Design
References: johnny-joo.redframe & fubiz.net
Share on Facebook Share on Twitter Share on LinkedIn Share on Pinterest
Considering that even functioning funeral homes aren't the most pleasant places in the world, it should come as no surprise that photographer Johnny Joo's series of pictures capturing an abandoned funeral home is downright unsettling. The abandoned building in this series is the old House of Wills Funeral Home, a once-grand edifice in Cleveland, Ohio.

Johnny Joo has gained some notoriety for his photos of various abandoned places, including an amusement park, a mall, and a mansion formerly owned by Mike Tyson. His series on the House of Wills is surely more haunting than any of these others, however, as it combines the fear of death and the decrepit with an art nouveau design that still clings to the public memory of the 1920s. Johnny Joo's series is a reminder of that even the most decadent and rich will ultimately fall into disrepair.
6.2
Score
Popularity
Activity
Freshness
View Innovation Webinars