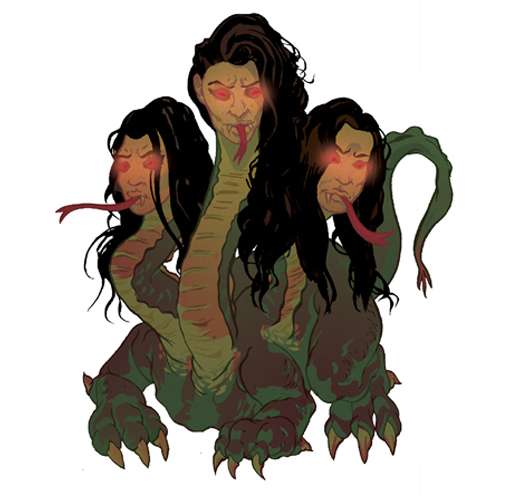 Jason Soy — April 3, 2012 — Pop Culture
References: johnnydombrowski & lacarpa.tumblr
Share on Facebook Share on Twitter Share on LinkedIn Share on Pinterest
Though some may not approve of Johnny Dombrowski transforming the Kardashian sisters into the hydra of Greek mythology, viewers will no doubt appreciate seeing celebrity caricatures that are vastly different from the usual big nose, beady-eyed exaggerations artists often resort to in comedic illustration.

What makes these Johnny Dombrowski renderings remarkable though, in addition to capturing each TV star’s likeness, is his pairing of monster and personality. For instance, what better celebrity to embody the phoenix than Charlie Sheen, a man who lost his job only to rebuild his acting career through viral hilarity? Or how about Mike “The Situation” Sorrentino being portrayed as the horse-like centaur, a creature that’s always exposing its bare chest and is known for being predatory towards women. For once in your life, the knowledge you've amassed on Greek mythology is actually being put into good use.