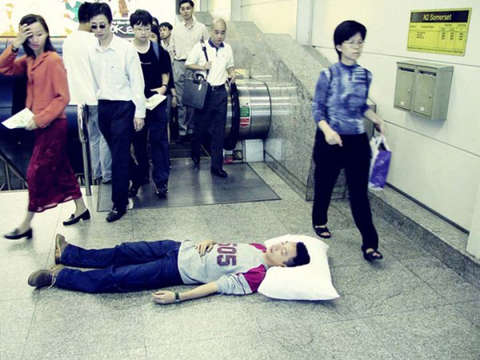 The people in Singapore, as in most large cities, always seem to be in a giant hurry with no time to actually relax and enjoy the day. John Clang's solution to this hectic lifestyle was to teach by example, giving Beon the task of pretending to be asleep in the middle of public streets and sidewalks. In order not to startle people, they used a pillow to show that Beon is relaxing, not dead.

Using the most inconvenient locations such as escalators, staircases, in front of cars and in the subway, the John Clang Beon Sleeps project made people rushing by stop to notice.
4.4
Score
Popularity
Activity
Freshness
View Innovation Webinars