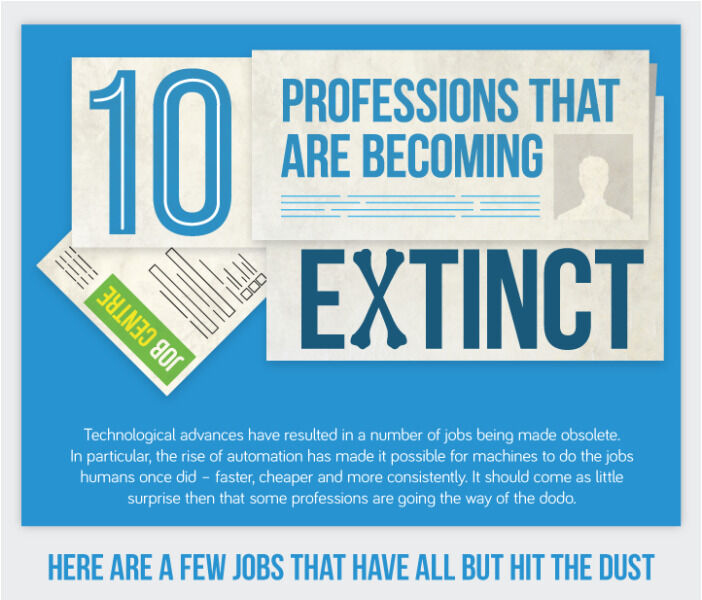 The CIPHR Infographic Lists 10 Jobs Becoming Obsolete Because of Technology

Alyson Wyers — October 9, 2014 — Business
References: theundercoverrecruiter & designtaxi
This infographic lists jobs becoming obsolete. From software company CIPHR, '10 Professions That Are Becoming Extinct' is a list of positions that will likely no long exist in the coming years, in large part due to technology.

The chart says automation in particular is one factor in a technologically advancing society that will affect each of these roles. Some of the jobs becoming obsolete seem pretty straight forward, such as the video rental clerk. Others seem debatable, like the social media community manager. But according to the infographic, there's an 89% increase in the amount of positions that have 'social media' in the job description but not in the job title.

This list of 10 is likely just a starting point as technology continues to change.
5.9
Score
Popularity
Activity
Freshness