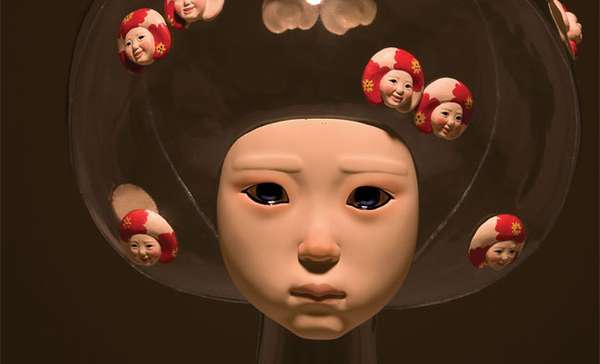 Featuring melancholy child-like faces on transparent bodies, JinYoung Yu confronts viewers with expressions people use to mask their true feelings, while ultimately being hollow vessels on the inside. The eyes of these creations are very lifelike, despite their overall dollish aesthetic, and it makes it nearly impossible not to empathize with each statue. The material possessions and fashion apparel found on each sculpture is visually arresting, but they ultimately only hide the emptiness of Yu's creations. Some of her statues also have spare facial expressions which they can change into depending on social situations.