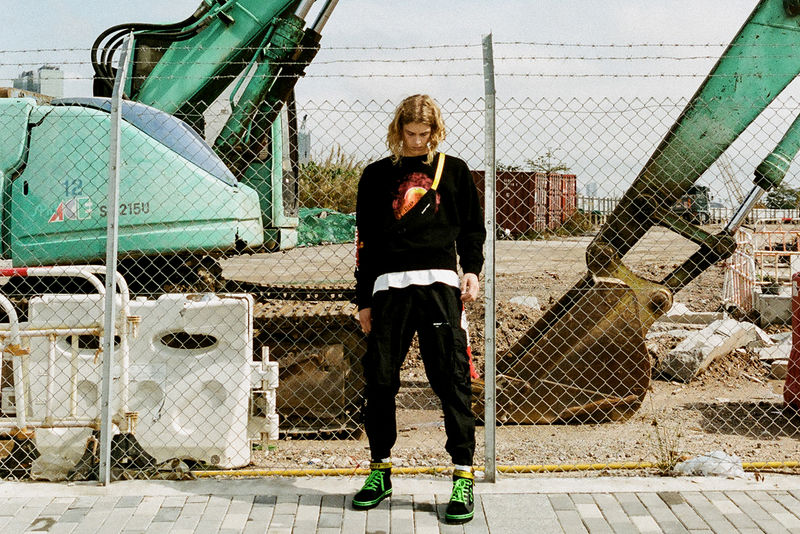 Off-White Drops the Jim Stark Collection for the SS19 Season

Amy Duong — February 20, 2019 — Fashion
References: hbx & hypebeast
Streetwear imprint Off-White introduces its latest 'Jim Stark' collection designed specifically for the Spring/Summer 2019 season. The latest seasonal range draws inspiration from youth culture and most notably, the film 'Rebel Without a Cause' from 1955. It stars the protagonist Jim Stark, who the entire capsule is directly named after and it highlights a series of rebellion that surrounds American youthism.

Virgil Abloh generates a selection of trousers, footwear, shirts, and accessories that are adorned in graphics that are reminiscent of the 90s. Some of the standout items include the long sleeve shirt with a Bart Simpson graphic that reads "I'm Bart Simpson, Who The Hell Are You?," the camouflage printed field coat, industrial belts, and the Parachute Cargo bottoms.
4.1
Score
Popularity
Activity
Freshness