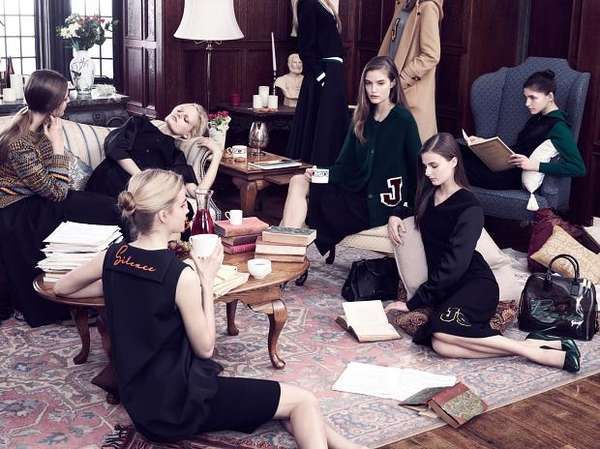 The first half of the collection includes heavy wool sweaters, cardigans and skirts with large embroidered letters of the brands initials. The colors are neutral beige or gray with a rich, dark green to complement. The second half of the photos depict the models in varied monochrome pieces of outerwear that lack the collegiate-inspired letters but maintain the feeling of academic-chic. A bit of color is present again in some of the later photos, adding a red coat, white dress and shiny green blazer.

There is also interesting detailing on several of the coats and bags in the Jil Sander Pre-Fall 2012 collection, spelling words like "promise" and "silence," which will likely be the standout, must-have items from the line.
4.6
Score
Popularity
Activity
Freshness
Attend Future Festival