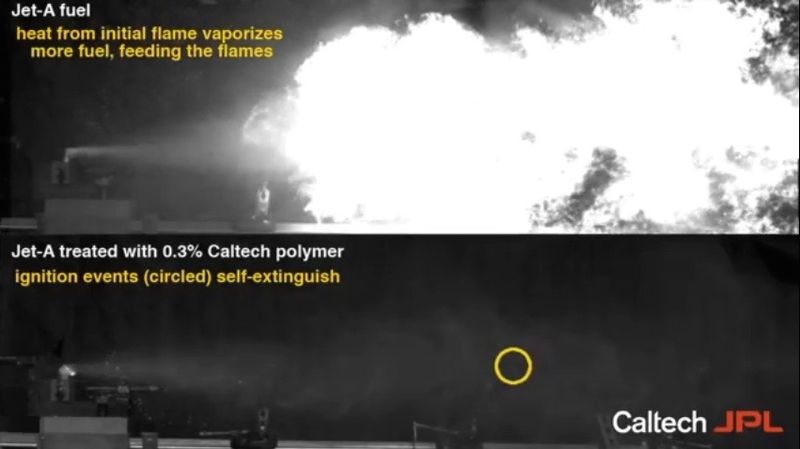 Rahul Kalvapalle — October 7, 2015 — Tech
References: caltech.edu & gizmag
A group of scientists and researchers at the California Institute of Technology have developed an innovative and high-tech additive, designed for jet fuels, that helps reduce the intensity of fuel fires that can occur in the aftermath of a plane crash.

It turns out that surviving through an airplane crash means way more than just surviving the initial impact -- many people tend to be killed by the flames and smoke that follow when the jet fuel catches fire, causing massive explosions that are difficult to survive. However, it is hoped that this new jet fuel additive will help reduce the intensity of those explosions.

This jet fuel additive is based on a special polymer that helps get around the problem of the creation of easily combustible mist that is formed in jet engines. The researchers next step is to work on "creating a reactor that could produce commercial-scale quantities of the polymer."

Once this happens, we might finally be able to enjoy safer and more explosion-proof jet fuels on a commercial scale.
2.4
Score
Popularity
Activity
Freshness