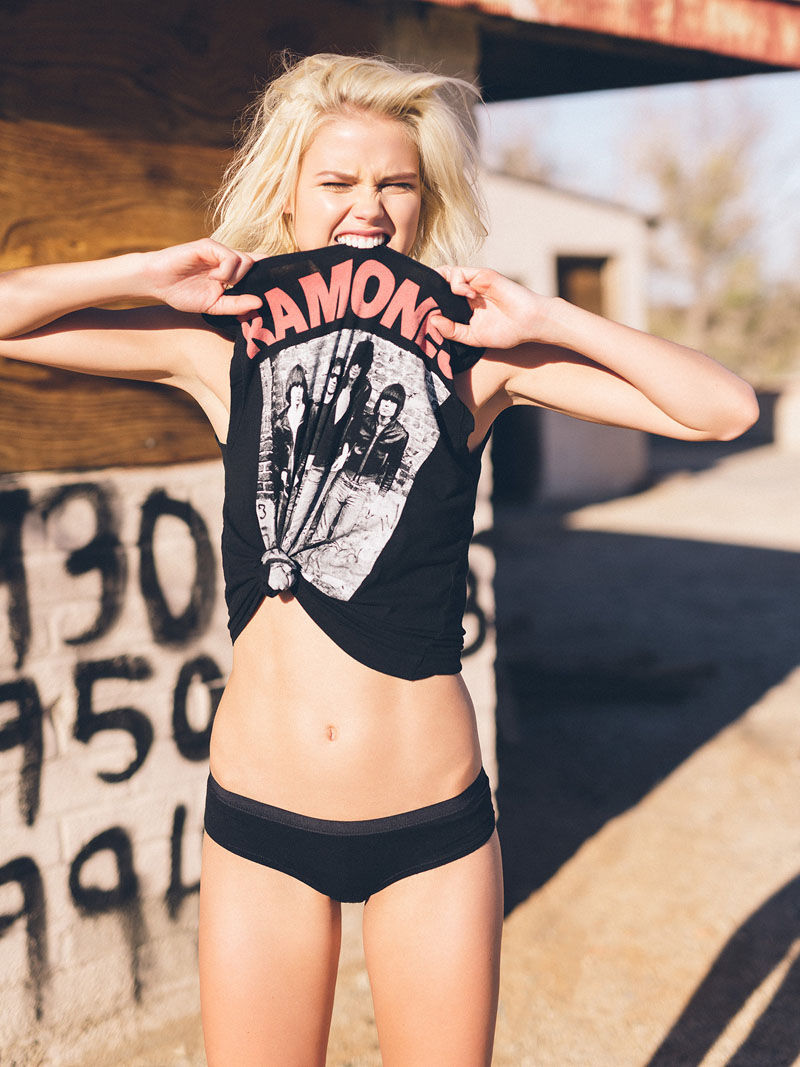 Vasiliki Marapas — December 16, 2014 — Pop Culture
References: jeffreychan & c-heads
Share on Facebook Share on Twitter Share on LinkedIn Share on Pinterest
Photographer Jeffrey Chan had no idea what he was in for when he agreed to photograph Jessica Morrow from Wilhelmina LA in an exclusive C-Heads editorial. The bubbly blonde model had so much energy, Chan found himself struggling to keep up with his pixie-like muse. Despite the struggle, Chan concedes he was "truly rewarded for keeping pace." The proof, as they say, is in the pudding. Or, in this case, the gorgeous photos that came out of their session.

The team, which included makeup and hair expert Mel Daniel (for Kevyn Aucoin), traveled to a shoot location that was just across the street from the church in Kill Bill. As a fan of Kill Bill, Chan thought the church would be a great backdrop for the shoot. Unfortunately, it was barricaded with security cameras and No Trespassing signs.

Not to be deterred, Chan explains, "Fortunately, there were super cool abandoned structures across the way. I’m a huge fan of ghost towns, so I decided to use that as my shoot location instead."
6.9
Score
Popularity
Activity
Freshness
Jeremy Gutsche Keynote Speaker