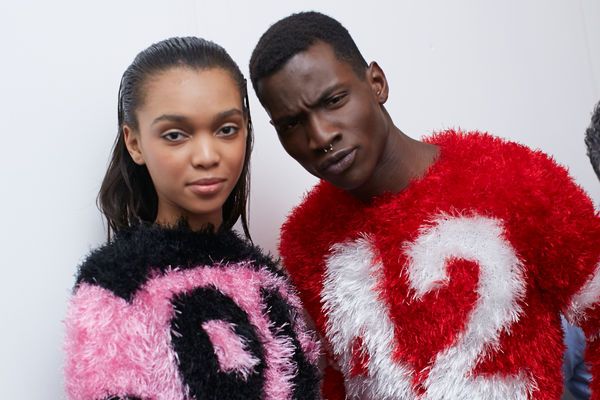 Backstage Snaps of the Jeremy Scott FW 2014 Show are Fun

Judging by these photos, we can dispel any lingering myths that models are stuck-up snobs who ignore each other backstage in favor of aggressively eating celery and tooling around on their iPhones. Instead, the models joked, laughed, made silly poses and quirky expressions and generally had an all-around good time with one another.