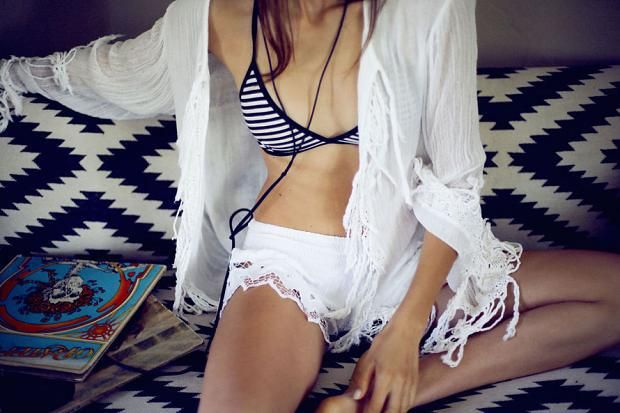 Meghan Young — July 1, 2014 — Fashion
References: jenspiratebooty & fashionising
Share on Facebook Share on Twitter Share on LinkedIn Share on Pinterest
Channeling one's inner pirate can only be a good idea for the summer season as the Jen’s Pirate Booty SS14 lookbook shows. Although the looks might be more readily described as boho, the idea is there: short shorts, kimono shirts, flowy dresses and more. As fit for a musical festival as they are for a seafaring ship, these outfits are one way women get beat the heat, and in style no less.

Starring model Hanna Bogdan, the Jen’s Pirate Booty SS14 lookbook was shot and styled by creative soul Emily Faulstich. Captured outdoors outside of motels and against craggy mountains, it looks like the brunette beauty is on an epic solo road trip. With tousled hair and a fresh face, she is ready for whatever comes her way.
6.7
Score
Popularity
Activity
Freshness
Access Advisory Services