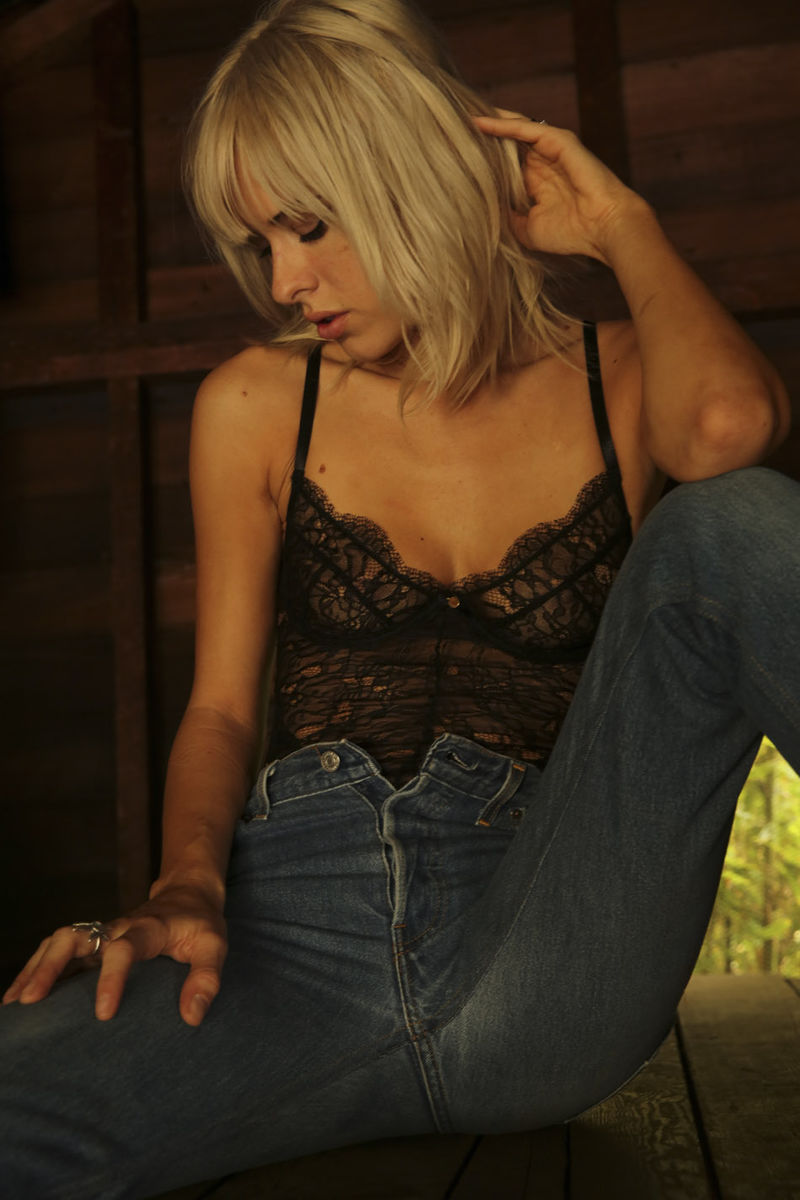 In the editorial's accompanying interview, Parry cites books, films and music from the 1960s and 70s, along with roadtrips and menswear, as some of her many fashion inspirations.

Though originally studying art and fashion in college, Parry was approached to do some modelling and decided to try it out. It was a serendipitous move, because she later met Jason Lee Parry, her future husband, through work. She explains, "We share the same interests, we love going on adventures together. We actually met on a shoot."