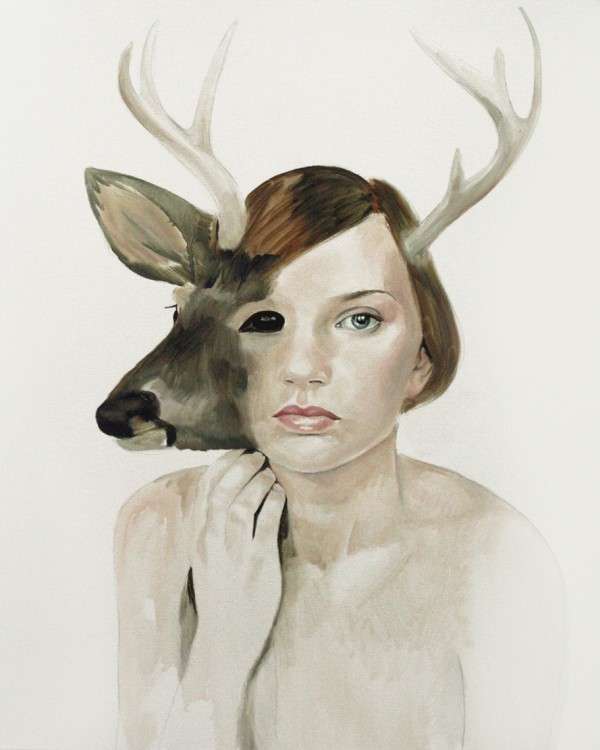 Corinne Guirgis — June 19, 2011 — Art & Design
References: jenmann & thisiscolossal
This striking collection of paintings from Canadian artist Jen Mann blurs the line between humans and animals and explores the convergence of these two life forms. The paintings feature a variety of wild animals such as foxes, wolves, owls, deer and even polar bears depicted as continuations of a human woman whose hair color, complexion or face shape are similar enough to the animal form with which she is joined. A few of the paintings feature only the women converged with each other, but even those maintain an almost animalistic emotion through the eyes of the subjects depicted.

According to her website, Mann's work is focused on the exploration of the subconscious and focuses on ideas of freedom, perceived beauty, identity and home. This direction is clear in this exquisite series of paintings, where the conventional beauty and the relationships between humans and animals are questioned.
6.3
Score
Popularity
Activity
Freshness