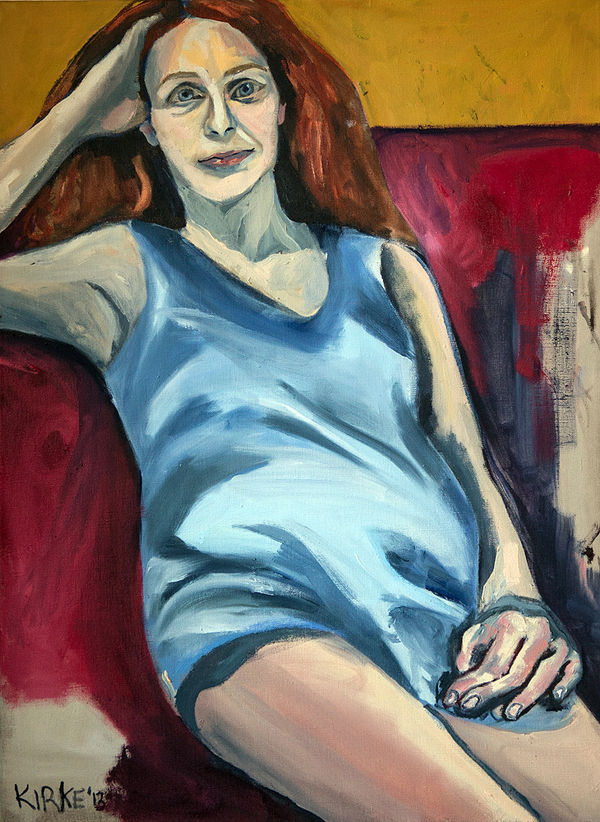 Vasiliki Marapas — March 22, 2014 — Pop Culture
References: jkirke & tmagazine.blogs.nytimes
Share on Facebook Share on Twitter Share on LinkedIn Share on Pinterest
Jemima Kirke’s paintings may not be her primary claim to fame, but they certainly are stunning. The 28-year-old creative, best known for her role as bohemian wild child Jessa on the coming-of-age HBO series ‘Girls,’ is debuting her own tribute to girlhood with ‘Platforms,’ an art collection featuring all-female subjects. However, Kirke is quick to point out that the decision to use female subjects is more of a comfortability issue than anything else. Indeed, ‘Platforms’ features a very personal cast of characters, including her sister, personal trainer and three-year old daughter.

In one painting, titled ‘Sasha,’ Kirke paints the 6-year-old daughter of a friend. Discussing the process, she says, “What was interesting about Sasha is that she actually seemed to understand why I was painting her…We really worked together on this one and took each other seriously. I was interested in her maturity and her poise.”