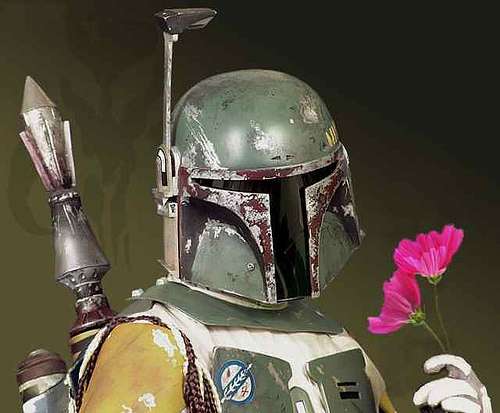 Hernando Gomez Salinas — September 25, 2007 — Unique
References: jedichurch & theuncoolhunter
Share on Facebook Share on Twitter Share on LinkedIn Share on Pinterest
The Jedi Church is a pseudo religion that has recently appeared in different countries and is based on Star Wars movies. In 2001 in Australia, more than 70,000 people declared themselves Jedi members. 390,000 citizens in the United Kingdom also said that their religion was Jedi in a 2001 census. This makes the Jedi religion the fourth most expanded religion of the country.

Based on the belief of the existence of a force that binds all the things in the universe, it gives follower's free will to choose between right and wrong; basically, they're on the "Dark side" or the "Light Side."

"The same way the sun existed before men and so it was baptized later on, the Jedi religion exists before the movies of the saga Star Wars gave it the origin," the site explains. There you can buy a membership certificate, find a "Jedi Minister" to attend your wedding, or vote on different topics such as, "Who belongs to the dark side?" and "How the Jedi followers should be dressed."
4.4
Score
Popularity
Activity
Freshness
Attend Future Festival Virtual

26 Joyous Jedi Finds
Proving the Dark Side Sucks, From Golf Clubs to Police