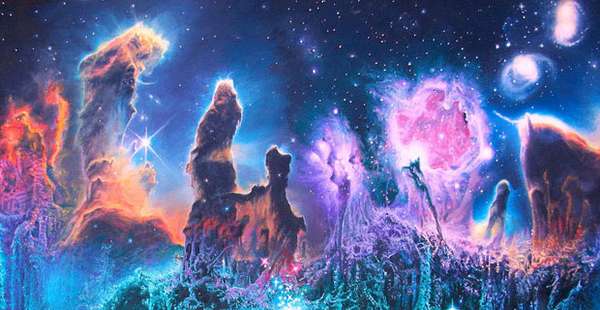 James McCarthy is Inspired by Sci Fi, Fantasy and Nature

Meghan Young — December 6, 2011 — Art & Design
References: tolkyes.deviantart & lifelounge.au
There is often a sci-fi element to surreal images, yet James McCarthy broadens that element to almost entirely encompass each of his paintings. As though imagining the world through the eyes of Lewis Carroll's Alice, James McCarthy has created a psychedelic existence filled with strangely familiar creatures and surroundings that are nevertheless alien and strange.

Although James McCarthy grew up around sci-fi and fantasy influences, it is nature that has always moved him. That is why natural surroundings are so prevalent in each of his oil paintings. Rich and vibrant, it is as though he has traveled into the depths of the Atlantic and discovered a whole new colorful world beneath the earth. According to James McCarthy himself, his work depicts "weather, time of day and especially seasons."
3.1
Score
Popularity
Activity
Freshness