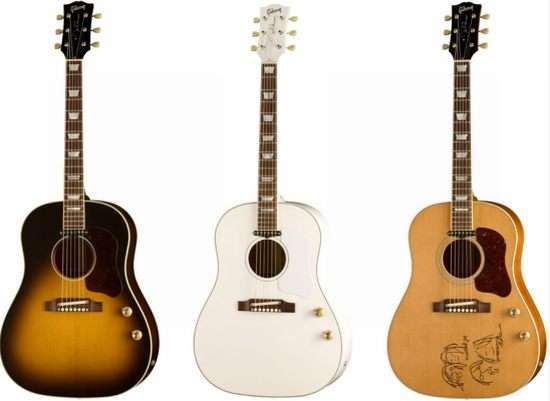 As a tribute to Lennon’s use of the Gibson J-16oE in 1962, the 70th Anniversary J-16oE Acoustic Guitars are being recreated to symbolize the guitars used in three periods of Lennon’s life and career.