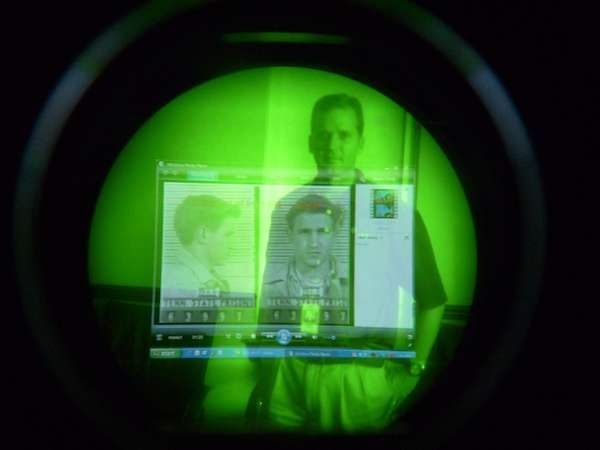 Omar Yusuf — September 18, 2011 — Tech
References: wired & gizmodo
Share on Facebook Share on Twitter Share on LinkedIn Share on Pinterest
ITT Corp is perhaps the world's largest diversified manufacturer, producing everything from household appliances to military ordnance. In the hopes of pushing the envelope ever further, the multinational has shown glimpses of its newest night vision technology. In short: it's phenomenal and scary all at once.

The future soldier depicted in pop media isn't so far away -- in fact, Iron Man and the Starship Troopers might not be fictitious for too long. ITT Corp has already issued new night vision goggles to select U.S. military outfits that are capable of infrared detection, allowing soldiers to pick up heat signatures from camouflaged insurgents. Newer models of the headpiece come equipped with networking and facial recognition technology. This means that in the midst of a firefight, the mugshot of a wanted enemy or footage from remote drones can be superimposed onto the trooper's vision.

Today's soldier is no longer just a man with a weapon -- we've gone way beyond that paradigm. Instead, the modern warrior operates in a whirlwind of information, is never alone and ostensibly has superhuman senses attached. Cool, isn't it?
1
Score
Popularity
Activity
Freshness
View Innovation Webinars