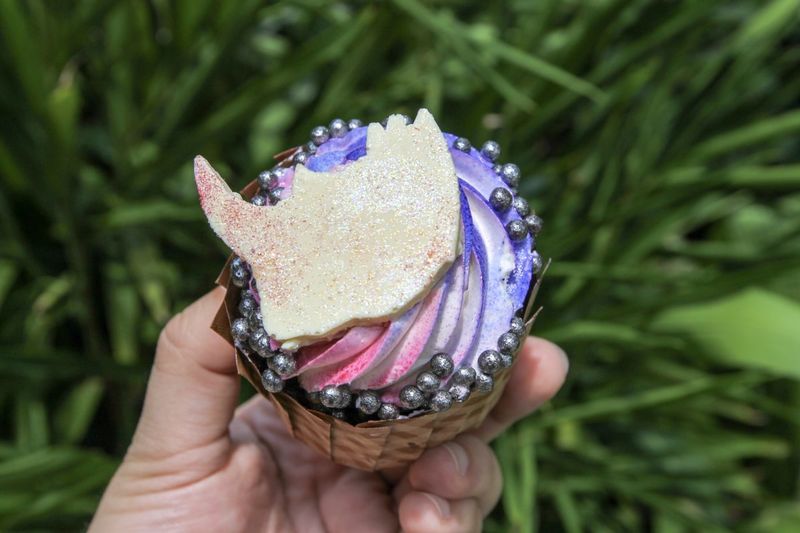 The Iridescent Rhino Cupcake is the newest cupcake available at Disney World. The treat is served at a quick-service spot in Animal Kingdom Lodge called The Mara. Just as the name suggests, the Iridescent Rhino Cupcake is made from chocolate cake, caramel filling, pink and purple frosting, crunchy pearls, edible glitter, and a sweet rhino-shaped cookie. The shimmering treat can also be enjoyed alongside Disney World's other iridescent treats, including a sparkly unicorn cupcake.