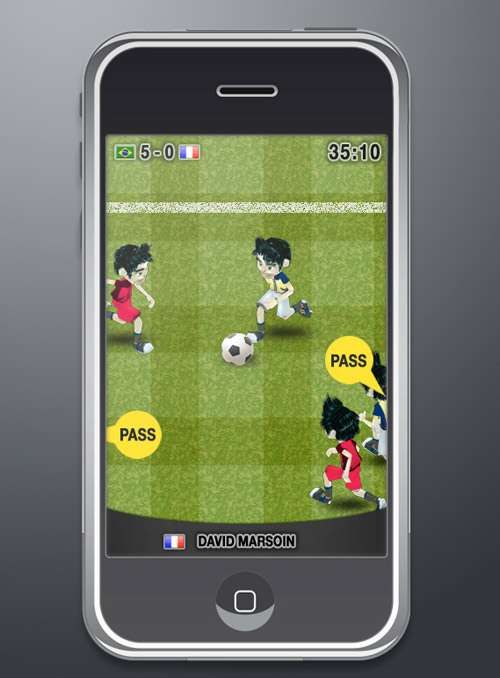 Ayman — March 6, 2008 — Tech
References: macworld & gizmodo
Share on Facebook Share on Twitter Share on LinkedIn Share on Pinterest
The flood gates have opened, await the iPhone applications Tsunami!! Along with making the long-awaited iPhone SDK available, Apple has announced the first official iPhone multi-touch games. The one and only Steve Jobs demoed multitouch games on the iPhone live on stage at Apple's Infinite Loop campus in Cupertino.

Developers such as famous gaming powerhouse EA (Electronic Arts) are on board and they are bringing the much anticipated game Spore to the iPhone, all 18 levels of the game! Sega has also been working on iPhone games, and showed off an iPhone version of Super Monkey Ball. "If anything, we underestimated what the hardware was able to do," Sega said, stressing that the iPhone is running a full console game that required image resolution to be upscaled to match the graphic capabilities of the iPhone. Another game, 'Touch Fighter', is a 3D shooter that you control by steering your craft by tilting the iPhone and shooting by tapping the screen!

With the now available SDK, developers can build applications that tap into the iPhone's built-in accelerometer which features a 3-axis sensor, that has yet to be properly exploited. Also, the iPhone's Multi-touch potential will be fully utilized in new productivity and fun applications over the coming months. One non-game fun application that was demoed, TouchFX, lets users distort images by touch. Once distorted you can return the image to its native state by simply shaking the device. It's gonna be exciting!

You can watch Steve Jobs' presentation via QuickTime (1:17:51) here