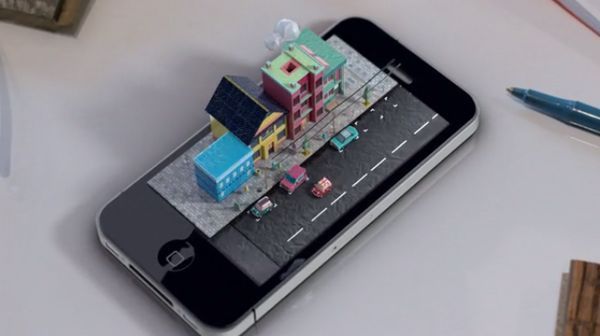 The iPhone Diorama by Mike Ko Imagines a 3D Display

Meghan Young — May 5, 2014 — Tech
References: mike-ko & fastcodesign
Share on Facebook Share on Twitter Share on LinkedIn Share on Pinterest
The iPhone Diorama by Mike Ko, a 3D artist and animator based in California, imagines what a holographic touchscreen display could look like. Apple recently filed a patent for such a futuristic feature and this amazing rendering shows people exactly what that could mean. At least, in a fun and playful way.

Focusing more on the look of such a holographic touch, the iPhone Diorama by Mike Ko is a animation that depicts a car driving through town. As he whizzes by buildings, more buildings pop up, quite literally, along the screen. Fast Co. Design encourages people to imagine actually interacting with such a screen, "[I]magine reaching in and moving those tiny cars around by hand--maybe even changing their tiny tires and honking their tiny horns."
6.1
Score
Popularity
Activity
Freshness
Access Advisory Services