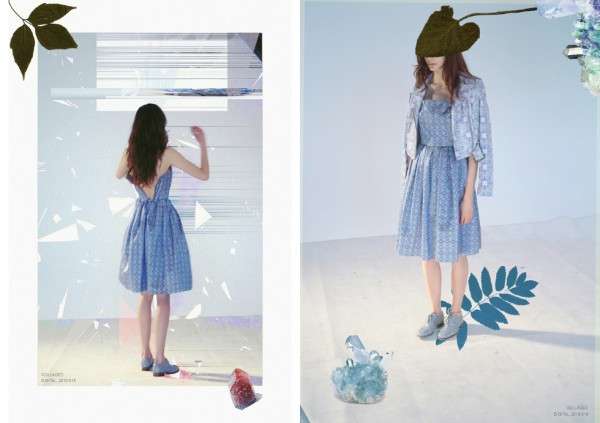 The Inversion Series by Anton Bundenko is Like 'Alice in Wonderland'

Meghan Young — July 31, 2013 — Fashion
References: facebook & trendland
Share on Facebook Share on Twitter Share on LinkedIn Share on Pinterest
Enter a pretty pastel paradise in the Inversion Series by Anton Bundenko, a photographer born in Novosibirsk, Russia, and now based in Moscow. The title is appropriate considering that it is a cut-and-paste photoshoot that revolves around the art of collages. Although the concept has been done time and again, this photo series straddles the line between fashion editorial and art series beautifully. In a way, model Mona Ermishina is a modern, grownup version of Alice from 'Wonderland.' It doesn't hurt that she's dress in light blue throughout.

The Inversion Series by Anton Bundenko is rife with graphic backgrounds, which gives it its contemporary appeal. The looks are also sweet and modern. They were put together by stylist Daria Kuzminova, who played with a strict color palette but added different prints for variety.
1.9
Score
Popularity
Activity
Freshness
View Innovation Webinars