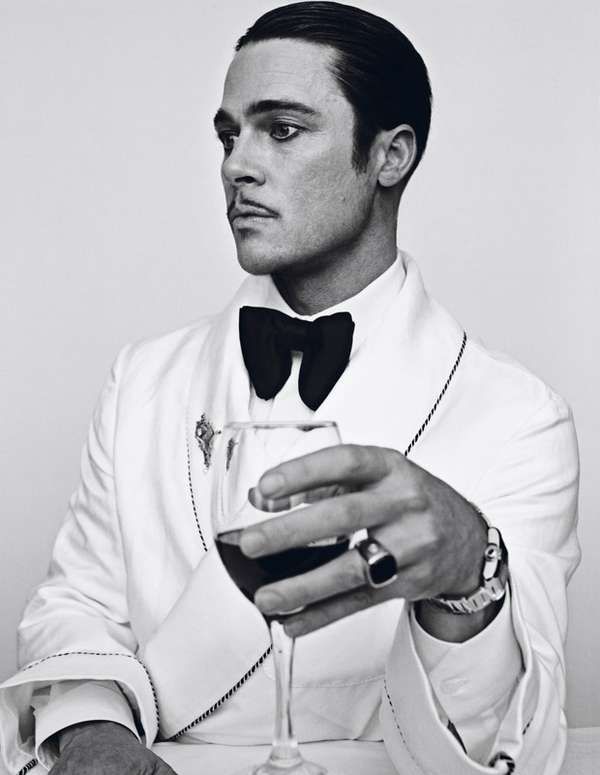 Meghan Young — October 10, 2012 — Fashion
References: interviewmagazine & refinery29
Share on Facebook Share on Twitter Share on LinkedIn Share on Pinterest
Promoting his latest film, 'Killing Them Softly,' which will hit theaters later this year, Brad Pitt covers the Interview Oct/Nov 2012 issue. Instead of going the root of the typical heartthrob or even channeling his movie's character, Pitt displays his chameleon capabilities. He takes on various personalities from a dancing rasta to a casual pirate.

The Interview Oct/Nov 2012 cover shoot was lensed by famed photographer Steven Klein. Interviewed by director Guy Ritchie, the accompanying article is as interesting as the photoshoot itself is. Nevertheless, it is the black and white editorial that will captured people's attention first and foremost, especially because it is so playful and versatile. Girls are given even more reason to fall in love with this actor.
4.4
Score
Popularity
Activity
Freshness
View Innovation Webinars