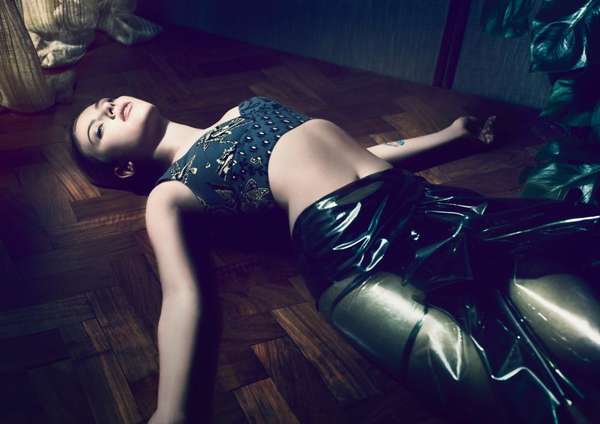 Meghan Young — November 30, 2011 — Fashion
References: interviewmagazine & fashiongonerogue
The Interview Magazine Scarlett Johansson cover spread shows that models aren't the only ones partaking in photographers' seductive visions, as big name celebrities are also embracing this pattern. In this case, it is much more subdued and sophisticated than the ones that have popped up recently.

Shot by fashion photographer Sølve Sundsbø for the magazine's December 2011 issue, the Interview Magazine Scarlett Johansson cover shoot was erotically styled by Ludivine Poiblanc. Outfitting Johansson in stunning designs from such fashion houses as Dolce & Gabbana, Miu Miu and Bottega Veneta, Poiblanc definitely shows this actress in a different light. Some fans are guaranteed to do a double take as they witness an entirely new character Johansson has decided to portray.
4.5
Score
Popularity
Activity
Freshness