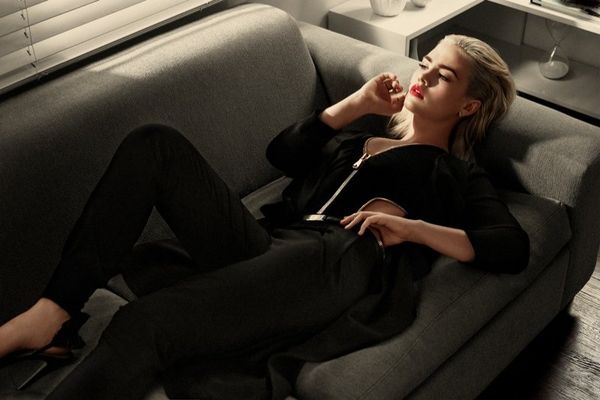 Meghan Young — February 14, 2014 — Fashion
References: interviewmagazine & fashiongonerogue
Share on Facebook Share on Twitter Share on LinkedIn Share on Pinterest
The Interview Magazine 'Discovery: Maddie Hasson' editorial shows a different side to the Wilmington, North Carolina-born actress. Starring in the new teen drama mystery-thriller television series 'Twisted,' she does have a more mature voice since her days on 'The Finder.' Yet Hasson looks particularly grown up in this photoshoot, channeling her inner femme fatale for the cameras.

Shot by photographer Brian Higbee, the Interview Magazine 'Discovery: Maddie Hasson' editorial appears in the February 2014 issue of the publication. The blonde beauty was styled by Monty Jackson, who clad her in a range of slick sultry numbers from the likes of Vivienne Westwood, Moschino, Emporio Armani and more. The fierce looks were perfected with a deep-parted hairstyle, bold brows and red lips. All together, she has a powerful look that would seduce anyone.
2.1
Score
Popularity
Activity
Freshness
Get Trend Hunter Dashboard