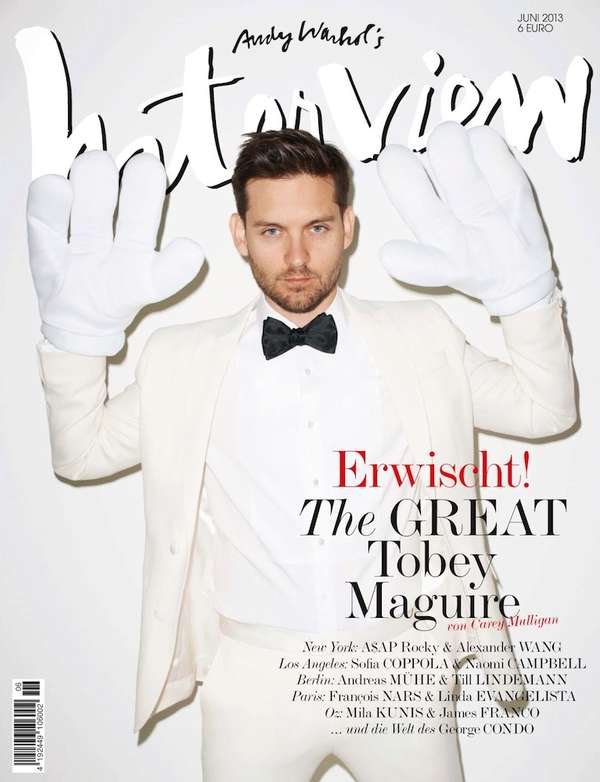 Meghan Young — May 21, 2013 — Fashion
References: interview.de & styleite
Share on Facebook Share on Twitter Share on LinkedIn Share on Pinterest
Actor Tobey Maguire brings his latest character, Nick Carraway, to the 21st century for the Interview Germany June 2013 cover shoot. Teaming up with no photographer better for the task than Terry Richardson, his playfully raw photoshoot is a cross between dapper and gangster. Dressed to the nines in a bow tie and white jacket as well as a slick black suit, he poses with grills, brass knuckles and broken bottles.