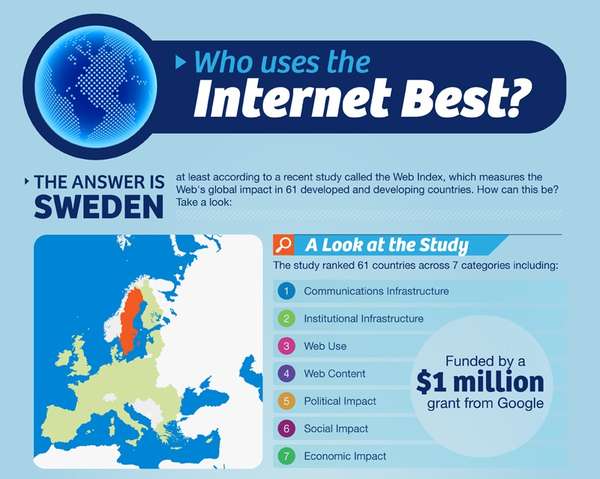 The Online Education Database (OEDb) published a study conducted by the Web Index, which measures the global connectivity of 61 developed and developing countries. The study looked at the access individuals in the nations have to the Internet, what percentage of each country's citizens find themselves knocking about on the Web and the impact of the Internet on the nations. In conclusion, the country that seems to be getting its Internet groove on the most in Sweden. Its ratings were off the charts for economic, social and political impact, showing that the Internet plays a big role in relaying news for many Swedish individuals.

The Internet usage infographic helps to identify how the Internet works to distribute information and where it still is not as important as a tool, like in countries in Africa.
2
Score
Popularity
Activity
Freshness
Get Better and Faster